Harrisonburg comprises two mounds not far from the Ouachita River, in the modern community of Harrisonburg. The larger mound (Md. A) is conical, about 10 feet tall and 115 feet at its base, with a small family cemetery atop it. Coring shows it was built in a single stage. No material adequate for radiocarbon dating was recovered, but soil weathering and the presence of a few ceramics indicate it was probably built about AD 200 (Marksville period). The second mound (Md. B) wasn’t identified until the 1990s. It’s about 200 feet northeast of the larger mound and measures about 3 feet tall and 115 by 100 feet at the base. Coring shows it was also built in a single stage. Soil weathering suggests that it was built earlier than the other mound, and may date to before 500 BC (Late Archaic period). 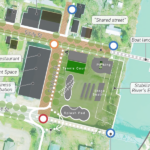 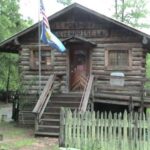 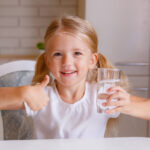 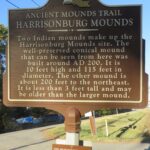 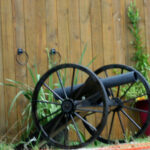